Kathy MacCarthy grew up in post-industrial Liverpool in the 1960s and 70s. Her memory of the landscape of abandoned domestic and manufacturing buildings throughout the city, coupled with the development of her interest in the body as form and mass has continued to provide a rich foundation for her work. 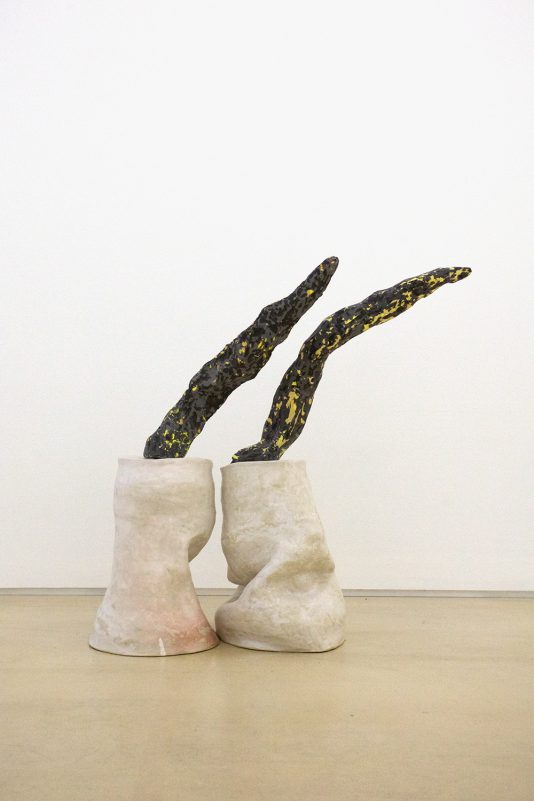 After completing her MA in Sculpture at the Royal College of Art in 1983, MacCarthy worked with a range of media including wood, aluminium, plaster and latex. In 2008, after following a part-time one-year ceramics course at a nearby community college, she alighted on a material that enabled her to have a more immediate and visceral engagement that best suited her ambitions for the work. All of the sculptures at PEER have been produced in the past five years. Many of them obliquely reference vessel shapes – a vase, jug or amphora perhaps – but MacCarthy distorts, mutates and renders them useless. Some of these shapes look collapsed, exhausted and lie prostrate. Undulating glazed or unglazed ceramic have the look of folds of flesh or, conversely, suggest the mass-defying rippling of rolling hills.

A number of MacCarthy’s works are made in several sections and then assembled. The dimensions of each section are determined by the size of her kiln in her home studio. Scale is therefore an important factor, and is not seen so much as a constraint to the production of the work, but simply a parameter. In addition to clay, MacCarthy works with fibreglass and jesmonite, which can also be shaped by hand rather than by tool. These lighter materials enable her to achieve shapes and forms that can be balanced and extruded in ways that clay does not allow.

She has said: “The physicality of materials and making objects has increasingly yet slowly grown more important to me. Whether it is clay with its malleable and slippery texture or fibreglass with its strength and rigid texture I struggle, tear apart, stick and rebuild to invent a place where only these materials can belong.” 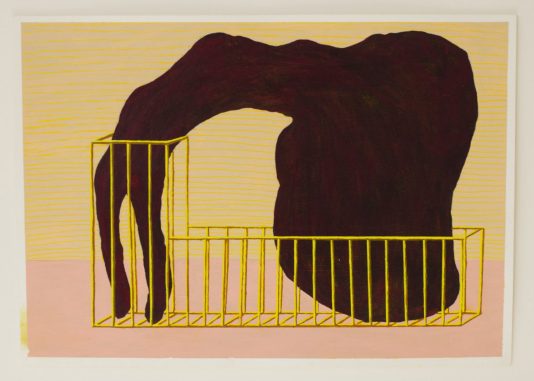 For MacCarthy these works instil both a kind of hapless humour and playful pathos. With an earnest sense of the impossibility of her ambition, she has said that she wants her work to be “about everything”.

PEER is an independent arts organisation that has evolved from the ground over more than twenty years, putting down deep roots within the socially,…