Ready Made Go 3 sees specially commissioned objects permanently installed at Ace Hotel London. Designers are given the opportunity to make real product for a popular public space whilst Ace Hotel adds to its growing accumulation of noteworthy designs by London’s best design talent.

On the occasion of the London Design Festival 2017, this successful collaborative concept is returning with a new collection of products.

The Ready Made Go concept is unusual in that it is not a temporary exhibition of objects; the products concerned are permanent additions to this busy East London hotel. The concept is beneficial to all involved; the designers are given the opportunity to make a real product for a popular public space whilst Ace Hotel adds to its growing accumulation of noteworthy designs by London’s best design talent. During the London Design Festival 2017 this third round of specially commissioned objects will be introduced and installed at Ace Hotel London. Rather than being displayed on plinths, the pieces are integrated into the fabric of the hotel and shown in the positions for which they were intended – London Design Festival attendees are invited to experience the products in use and in doing so contemplate their commission, making and function.

As previously, the Ready Made Go 3 project is conceived, commissioned and curated by London-based independent design magazine, Modern Design Review. Modern Design Review brings an editorial eye to the project and an experienced perspective on the cutting edge design scene in London.

Ready Made Go 3 will boast original works by a cross-section of London’s most exciting designers using the most sustainable material palette to date. Included in this years product list are; high stools, coffee tables, ceramic mugs and salt & pepper shakers. 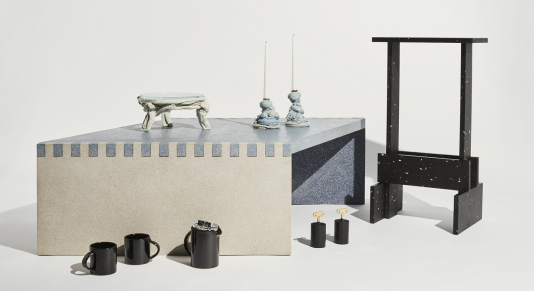 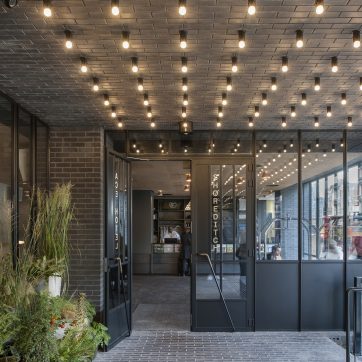 Ace Hotel London Shoreditch hangs its hat in London’s most creative, engaged district. A hub for galleries, theater and design.