Assa Studio practice and research is very much about innovation and the development of new industrial design methodologies within digital design and manufacturing. In the centre of the Studio’s developments is the virtual ‘life’ of an object, before it is physically produced. Opened to users’ input, the digital object can be produced using a wide range of additive layer manufacturing technologies (widely known as 3D printing), mixed with mass production solutions. This is the key difference and maybe the most novel aspect of the Studio’s practice. Aesthetics, adaptation and reconfiguration of forms are elements in flux within this new product design workflow.

Working closely with large corporations such as Nike, Samsung and Panasonic on product invention and technology development, we are also working with governments and public institutions such as the UK government innovation agency, the Science museum and Design museum on public debate and education for cultural progress. 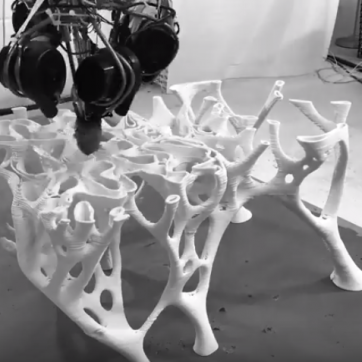